This is going to be a sort of cut-to-the-chase review.

I’ve got a trip to Scotland to in a few days, lots to review and little time for posting more than notes.

So, two Laphroaigs, both independently bottled. One bottled by Royal Mile Whiskies, one by Signatory.  A death match to the finish (pun intended).

Laphroaig RMW 10yo 56.8% (this bottle is no longer available)

On the nose – Smoky and abrasive yet fruity… sort of like a fruit orchard on fire.

Lemon custard pie with a side of honeycomb cereal.

Very aggressive nose – at 56.8% I’d expect so but… it seems somehow moreish in the hot-alcohol-on-the-nose department.

Pears, cinnamon and pepper; in that order. 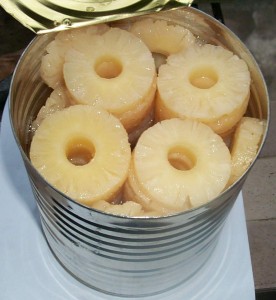 Lastly, some notes of tinned pineapple… Tin and all.

Not as smoky as the nose lead on.

In Sum – A nice well balanced Laphroaig. Well chosen you choosers of cask! I could easily pour this on a warm summer night or a cold winter day. Sounds odd but very doable!  Actually, I’d love to taste this as beer before it becomes spirit.  I imagine it’s delicious.

On the nose – very similar, if you ask me, to the RMW version except softer (a result of the lower ABV?).

Here’s an unusual one: blueberry bramble.

Rubber gloves and other things that start with the prefix “Poly”.

On the mouth – A watered down version of the first Laphroaig.

Much sweeter, however, and less malty than the first one.

Finish – Not a dry as the previous Laphroaig and that’s too bad.

In Sum – Something tells me that this would be really nice as a cask strength Whisky.  I might have enjoyed it more if I went for this before the RMW Laphroaig. Note to self, when reviewing two whiskies side by side and one of them is cask strength and the other not… Start with the lower octane one…  That is all.

Special thanks goes out to David H for the samples!