G-d bless Federal Wine & Spirits out of Boston, MA!  If it were not for them, I’m not sure I would have had my bottle of Ardbeg’s Committee Release of their Rollercoaster.

They announced that they were going to be getting some bottles early and was taking some pre-orders for it but did not know how many people may be calling them.  Harassing them for a bottle of this fine whisky.  I, good readers, was one of these people but I did my very best to be as *unharassy* as possible.  They told me they had “X” amount of bottles and “XXX” amount of people looking for one.  To make matters worse, their number of bottles went from a couple of cases down to 18 so now they had the hard job of telling even more people that they could not help them.

Those poor folks.  I hate saying no to anybody.  I feel sorry for them having to say no, to, my guess, a couple hundred people.

Luckily for me I was one of the first 18 people to call so, I got a bottle.  It took them a while to get through it all (my guess, about 3-4 weeks) but they eventually did get their bottles out and made 18 people (including myself) extremely happy.

While I was waiting for my bottle I made an agreement with Gal of Whisky Israel that I would hold off on opening the bottle so’s we could do a live Twitter tasting.

Well, Gal had issues of his own that I’m sure he’ll post about but let’s just say that waiting another 3-4 weeks to open my bottle just sort of… happened.

People who know me know that I am a patient guy.  So, no worries here.  But shit, I wanted to taste this nectar more than the folks who waited in line to taste New Coke way back when.  Thankfully Ardbeg’s Rollerocaster is FAR better that that short-lived shite!

While I did get around to tasting seven Ardbeg whiskies back in May, I only recently had a chance to taste the stuff as a stand alone whisky.

Let’s ride the coaster, shall we?

On the nose – Part of me wishes that this is what oxygen smelled like all of the time.  However, if it did, then nosing this whisky would not be as special as it is.

Peel the smokiness away and I am now confronted with some strawberry jam and those delicious Ardbegian lemons – the salt carries through the entire nose-capade. 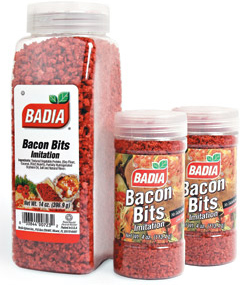 On the mouth – A great entry here filled with savory bacon bits, tarred ropes and chicory.

Oily, like real olive oil in my mouth here, salted pie crust, onslaught of smokey peat, strawberries return and the citrus fruits evolve into something a bit bigger – pomelo!

Finish – Medium long.  Lovely burny bubbles stay in my mouth for some time and then out of the blue some nice green tea notes.

In sum — Well worth the wait.

A fantastic dram that, although amazingly smokey, is so very fruity for me (Lemons, Pomelo, Strawberries, Cherries).

Also, the peat seemed less of a direct attack on my tongue that I could enjoy this one in the late spring (winter for sure) and the autumn time.

A cracker of a dram that I hope Ardbeg will bring in as a standard expression.

One of the things I love about whisky is that everyone can take something different from them.  Chicory to me may be chipotle to another.  This being said, check out Jason from Guid Scotch Drink’s notes on this beauty – a world a difference but I would still drink the stuff if I got what he wrote in his notes.