Man-o-Maneschewitz, was the cat let out of the bag on this one or what?!

That’s right.  On January 14th, 2011, it was prematurely announced that Ardbeg would be releasing a new whisky: Alligator.

I remember this day quite well as the whisky world was in a tizzy and the folks at LVMH were scrambling a bit (or so I heard).  Think of all the time, planning and money spent on marketing to help create the “buzz” and poof…  Oh well.

Cats out of bags or no, Ardbeg’s website/online shop was still temporarily shut down due to sales traffic when the whisky was finally released!

Initially released as a “Committee release” (see image on the left), this whisky sold out damn quick!  With only 1000 Committee Release bottles here in the US (and I think a total of 6,000 world-wide (please someone correct me if I’m wrong on that number), this $hit sold out right quick!

I was able to get seven of those committee bottles.  I sold four (at no profit mind you!) and kept three.

Now, what I find interesting is that this has been bottled at 51.2%ABV and nowhere on the bottle does it say cask strength.  At 51.2%ABV and only being around 10 years old, cask strength should be closer to 58-60%ABV.  Ardbeg normally bottles their whiskies at either cask strength or 46%ABV so, why the 51.2%??

Yes, the whisky is damn good at 51.2%.  Maybe that was the driving factor – it was the optimum strength to meet the flavor and mouthfeel.  Or maybe, it was bottled at 51.2% so that they could bottle more whisky.  Or maybe, just maybe, there will be a cask strength version down the road…  Only time will tell.

On the nose –  Whoa, I like this one here!  Burnt and briny and lemony custard tarts.

Bacon – pure, unadulterated bacon (like walking into a mid-western diner on a Sunday morning?).  This smells wonderful.

Bonesucking Barbecue sauce, vanilla and pencil shavings in the background.

Rounded, balanced and oh so sniffable! 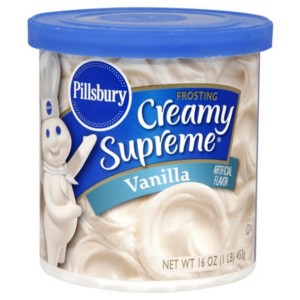 On the mouth – Big creamy attack full of vanilla then an assault of charcoal ash (with hot embers still in the center).

Lemony sweet and tart – really affecting the sides of my tongue!

More of the pencil shavings I got on the nose (focus on the wood rather than the graphite).

Finish – Drying and medium in length

In sum – Balanced quite nicely, this is a whisky to just drink and enjoy rather than to pick apart.  I found this absolutely delectable to sit and relax with and that’s what I suggest here.  Work hard then relax with a nice glass of this fine whisky.  I can easily drink this every day.  Though at $99/bottle (or $139 at some places), it might break the bank…