The day that I’m writing this review is the day after I saw the new Star Wars film. I plan on seeing it again tomorrow, and then again a day or two after that. Yes, people, it was that good. JJ Abrams done right by Star Wars and helped me to forget the atrocities that are Episodes 1, 2 & 3.

Wait, this is a whisky blog and not a Space movie blog, right? Right. 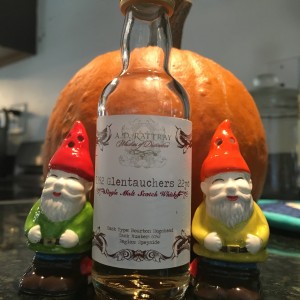 This is the very first Glentauchers that I am publicly reviewing. I’ve had a few in my day but never did get around to reviewing one on this here bloggy blog.

Raise your hand if you’ve had much Glentauchers in your life? My guess is few hands went up.

I’ve had some great ones. Let’s see what this one is like. 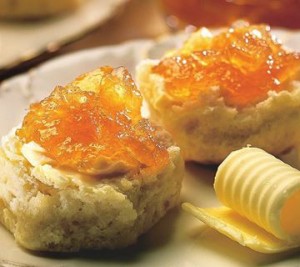 On the nose — Somehow I smell a perfect mix of Kellogg’s™ Frosted Flakes and Post™ Fruity Pebbles. (Time for a supermarket run!)

Grapefruit marmalade on buttery biscuits. A mere hint of peat sits right in the middle, becoming the centerpiece to a peat sandwich with lightly toasted sprouted malt bread.

Finally, we’ve got a little bit of lemon pinwheel here.

In the mouth  — Fizzy-fizzy mouthfeel, quite prickly indeed.  A bit quieter in the mouth. Let’s try a little harder though:

Briny and spicy upfront with some Asian pears, and Jicama (I seem to recall the Jicama note in a previous review). 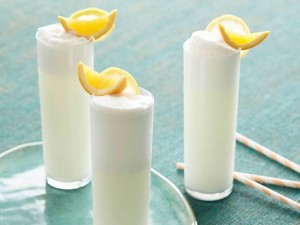 Not too much else going on here.

Finish — Lasting gin-y-ness and fizz on the tongue.

In sum — While very promising on the nose, it seems to fall apart a bit on the palate. It’s saving grace, however, is the wild mouthfeel. Perhaps one of the fizziest feeling whiskies I’ve had in a while. When a problem comes along
You must whip it

Before the cream sits out too long
You must whip it

When something’s going wrong
You must whip it

Now whip it, Into shape, Shape it up, Get straight, Go forward, Move ahead, Try to detect it, It’s not too late, To whip it.  Whip it good.

Don’t get me wrong, I love Devo as much as the next guy.  In fact, I likely love Devo way more than the next guy and think their music is quite genius but man, these lyrics go on and on and I never got them (but love the ever living snot out of the song).

I’m such a Devo-geek that as soon as I heard what Glenglassaugh was calling their 2nd bottling, Evolution, I thought of Devo.  (Who, by the way, got their band name from the concept of De-evolution – “the idea that instead of continuing to evolve, mankind has actually begun to regress, as evidenced by the dysfunction and herd mentality of American society“.)

And now, perhaps my favorite version of The Rolling Stones “Satisfaction”:

Ok, enough with my love of the Devo, let’s get on with my new found love of the Evo(lution)! 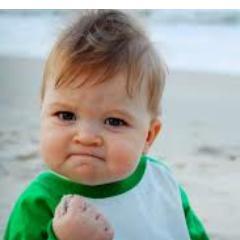 On the nose –  Another “confident” whisky here.

To start, a great and somewhat forceful interplay between churned butter, oodles of butterscotch and fresh white grapefruit.

Heaps of white pepper and vanilla wrapped in saran wrap and all warmed up (yes, this is a warming nose).

Did I mention butterscotch?  Yes, I did.  Just above.  It’s well worth another mention though…

On the mouth – Perhaps it should have been called “Explosion.”  This dram bursts with that now classic Next-Gen Glenglassaugh fruity character.

It is, however, tempered quite well with the very Tennessee oak characteristics of vanilla, honey and spice.

Light malt laden flavors now and back again with white pepper and a bit of that grapefruit I got on the nose.

Medium oil-like texture with some citrus zing on the sides of the tongue.

In sum – I bought a bottle the day it hit the Glenglassaugh store.  I had to have it.  Glenglassaugh matured in George Dickel barrels?  No brainer.

I obviously wanted to do a formal review of the whisky but went through half the bottle before I took actual notes (mainly because I just wanted to enjoy the whisky without dissecting it).  Like George Dickel, this is great sippin’ whisky.  Perfect for sitting on your porch or deck and letting the hours pass by…

Normally I do not like to mix cigars with my malts but I imagine this would go quite well with a cigar.  Perhaps a mild bodied one.

To Glenglassaugh, this whisky is an evolution in their new story (and a great story it is!)  For you as the consumer, this whisky is all about a little you time.  Relaxing times.  At only 6,000 bottles, you may want to to grab a bottle fast!

You may be interested in Oli’s notes on dramming.com A couple of nights ago I mentioned to the folks in a post on the Friends of the Jewish Single Malt Whisky Society Facebook page that I finally got around to reviewing the Ardbeg Supernova SN2010.

What seemed like it could have popped up 2.3 seconds before I posted my announcement, my friend Jason from the Guid Scotch Drink blog commented saying “‘Bout bloody time. 2011 will be along here shortly!”

Point taken.  Yeah, I’m a bit late on this but there are reasons for that.   To be very honest with you, it’s taken me many, many tastings to actually appreciate this stuff.  I’m not sure if I had a series of “off nights” where my nose was not working correctly or perhaps I was not in the right mood… Not sure.  I can tell you this is intense whisky – and deserves 100% of your attention.

On the nose — Knock your socks off peat smoke, iodine and grapefruit or pomelo. 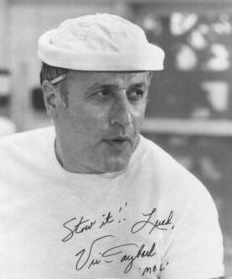 I am reminded of the show Alice with the head “chef” Mel cooking bacon while, and perhaps this is just a false memory, smoking a cigarette – match those two scents and that’s what I’m getting here.

On the mouth — Soft and oily mouth feel with a strong bite of alcohol.

We’ll keep this to tiny sips… A bit tough to get past the heat, peat and lemons (strong with the lemons) but, it is a bit spellbinding.

Some red berries are in there as well.

More on the lemons and a bit on the grapefruits – marmalades and candies rinds.  Yum!! 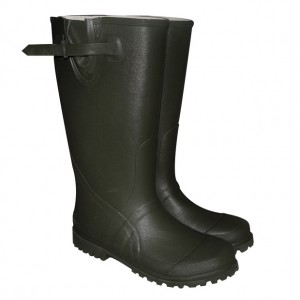 Lively yet not “young” – this seems to be bottled at maturity.

Vanilla now and a good deal of it. 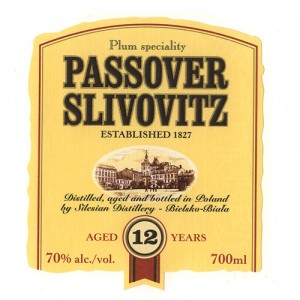 Finish — Long, hot and filled with a new note of plums (think slivovitz).

In sum — The good news is: I loved this whisky.  Bright and energizing and balanced wonderfully between the fruits, drying qualities, salt and smoke.

The bad news is, as mentioned above: it’s taken me 66% of my bottle to come to this conclusion.  Is it me or the whisky… tough to tell.  It’s highly upfront and potent.

Overall, insanely enjoyable but it was hard to break through and unravel all of its many joys…  One to drink when you’re pissed off!  Its a mood changer for sure!

Let’s pray Jason is right – let’s hope there is a 2011 version of this whisky.

One of my favorite reviews of this whisky was given by Sarah Bergfeld (long time guest contributor to Guid Scotch Drink) – her review of the Supernova SN2010 (plus other Ardbegs) can be read here. 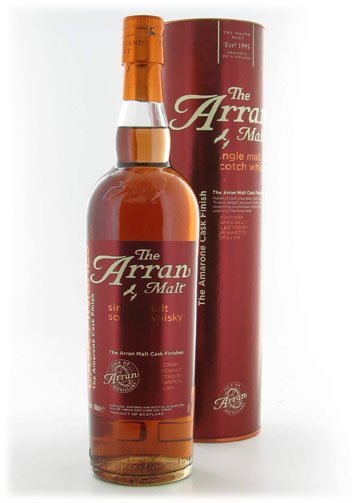 Week #2 of my Arran reviews.  To view all of the Arran Malt whiskies I’ve tried so far, click here.

As the holiday season is about us, I’m reminded of just how thankful I am for all of the little things I’ve got.  For me, the holidays are all about getting together with friends and family.  In my family, because we are so spread out, this time of the year is about the only time I get to see some of my family.

So, forget the presents.  Nothing can replace that little conversation you get to have with the uncle you’ve not seen in 355 days.  Or being able to see your cousins, nephews or nieces grow up to be strong men and women…  Or sharing in some nice wine with everyone as your aunt demands you eat more food (even though you’ve already had to unbutton your pants to make room for the 3rd course).

One thing I do not have in my family, believe it or not, is a whisky drinker!  Yeah, my dad will dip into some Dewar’s from time to time and basically any single malt I throw in front of him but he’s not passionate about it like some of my other family members are about their wine.  For that camaraderie, I’ve got my society, fellow whisky bloggers and you – the readers of my blog.  So,while I am thankful for a great many things in my life, I am most thankful for you all.  I really appreciate you coming to the blog and continuing to return for more.  Todah Rabah (Thank you very much – Hebrew).

Oh, I’m also very thankful to Andy Hogan for the samlpe of this whisky!

Color — An interesting pink hue to this whisky!

On the nose — Lite-Brite nose chockfull of dry wine and pomegranate or perhaps cranberry juice. 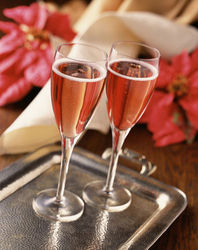 Real apples with a leaning toward apple Fruit Roll-ups.

On the mouth — Thin-ish mouthfeel. 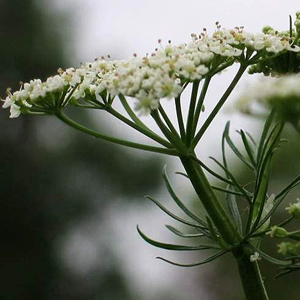 Some hints of cumin spice.

My mouth is now watering which, joining schwartzes with the whisky, is now giving this a much more chewy mouthfeel.

In sum — The influence of the Amarone wine on this whisky is big.  I loved just starting at the pinkish hue of this whisky in between sips.  Sweet & dry – a nice one for early fall time.  Actually, a perfect Sukkot whisky.

I am increasingly becoming more and more fond of single malt whiskies produced by Linkwood – nearly all of which are independently bottled, by the way.  For the most part, the fluid is used in various blends such as Johnnie Walker, Bells & Haig.  This is a shame for those who prefer a single malt, but, good news for those who also enjoy a good blended whisky (I represent both of these types of people) as Linkwood whiskies tend to be nice, rich and complex – the perfect addition to a blend to enhance its deliciousness.

The name “Old Masters” is somewhat new to me.  When you think of independent bottlers some companies come right to mind: SMWS, Signatory, Duncan Taylor, Douglas Laing (who does the Old Malt Cask, Provenance & Premium Barrel lines), etc…

So, let’s see what the Old Masters get us with this Linkwood: 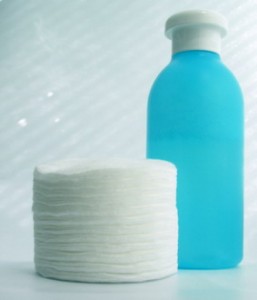 On the nose – Strong spirity nose with an initial attack of blue nail polish remover/acetone.

This is some strong stuff so, I decided to add a wee bit of water.

With water, the nose softens tremendously…

Spicy notes and those tropical notes carry through.

Something highly sour about this schtuff too.  Can’t place it. 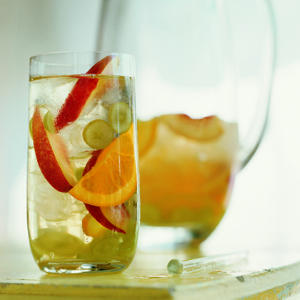 The mouth feel gets chewy and that sour note evolves into lemon pith and dry white wine sangria.

Finish – Long and stinging in feel thought short-ish in flavor.

Like a mouth full of whitehead hornets (poor Winnie the Pooh!).

In sum – A lot going on here.  Very complex but not sure it all worked out in the end.  If you were to go for this whisky, and I’m not sure I’m suggesting such a thing, I would reach for it in the late spring/early summer time.  Very bright & fruity.  I didn’t hate this whisky I just think it could have used a few more years in the cask or perhaps it should have been transferred to a new cask for a Re-JEW-Vination™ of the spirit.