You know, it just did not seem right that I would review a whisky that my company, Jewish Whisky Company, bottled. We bottle whisky under the Single Cask Nation label and today’s whisky is a 7yo single malt from an “Undisclosed” distillery.

I will now pass the baton over to my friend, Dr, Matt Lurin.  Being a long time aficionado and collector aside, Matt puts on a wonderful charitable whisky event in NYC called “Water of Life.”  You can find out more about Matt’s event here.

It’s all you, buddy!

I was honored when Joshua asked me to be a guest reviewer for The Whisky Advent Calendar day 13. Although some may find the number unlucky, I consider myself the fortunate one here. You may ask what qualifies me as a guest reviewer, which is a fair question. In a nutshell, I am a long time collector, organize a large charity whisky event, and am one of the ‘founding father members’ at SCN. 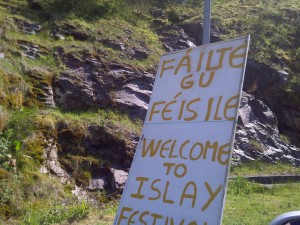 I enjoy all sorts of whisky, but am well known for my fondness for Islay whiskies, and am found there in late May each year for the Feis Ile, a celebration of the wonderful islands (Islay and Jura) and a time to appreciate their great whisky.

You may be curious about my fondness for Islay whiskies, and that too would be fair. I tell everyone there are 3 main reasons I love them, First off, the iodine and medicinal tastes. I work as an ER doctor, and this smell takes me back home in a positive way. Secondly, the smoke. This reminds me of the smell at my old job in the ambulance bay, when the nurses take break and gather by the no smoking sign, puffing away. And third, most folks would not believe the stuff I have to smell daily at work. No human being should have to endure that, and it takes a strong whisky to help clean my sinus and palate, as well as help me to forget. There you have it. 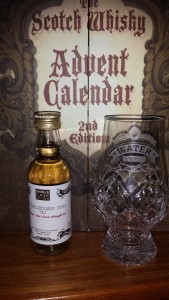 Visually I appreciate a straw colored liquid. Makes me appreciate the youthfulness of this dram, as well as the likelihood of this being from a Bourbon Barrel. I’m excited, let’s continue.

The nose screams to me – Northern Islay. I appreciate the smells of the ocean, a sea spray if you will, that takes me back to a boat ride on the sound, checking out the seals and feeling the crisp breeze in my face. I also find myself enjoying a little waxy lipstick scent, some peppers, peppermint, smoke and some dusty cellar. At 56.3% I do get a little alcohol burn on my nose, but the freshness survives.

The palate is rich and oily. Loving the smoke, and the iodine. It’s now that I want to fall back to a favorite tasting note. “I get tropical fruit”, and to be fair since all fruits are considered tropical on Islay I’d be correct. But let’s work a little harder. Is that banana? A Creme Brullee note? Wait a second, there’s the pepper, ginger, and black licorice. Patience truly is a virtue.

The finish is long and warm. I was truly hoping to enjoy this dram outside on a New York December night, having this warm me up. However, Holiday lights not withstanding, I am able to sit outside in a short sleeved Islay shirt, enjoying the 60 + degrees heat. I do find this very soothing, on the finish. Cracked pepper, menthol and oh that peaty goodness.

In Sum: A wonderful winter dram, even if a warm 60 degrees. It may be an Undisclosed Islay, but it’s a classic Islay and a cracking whisky.

Thanks for the opportunity Joshua. See you May 12, 2016 at Water of Life, and I hope a few times before then. Now back to you. 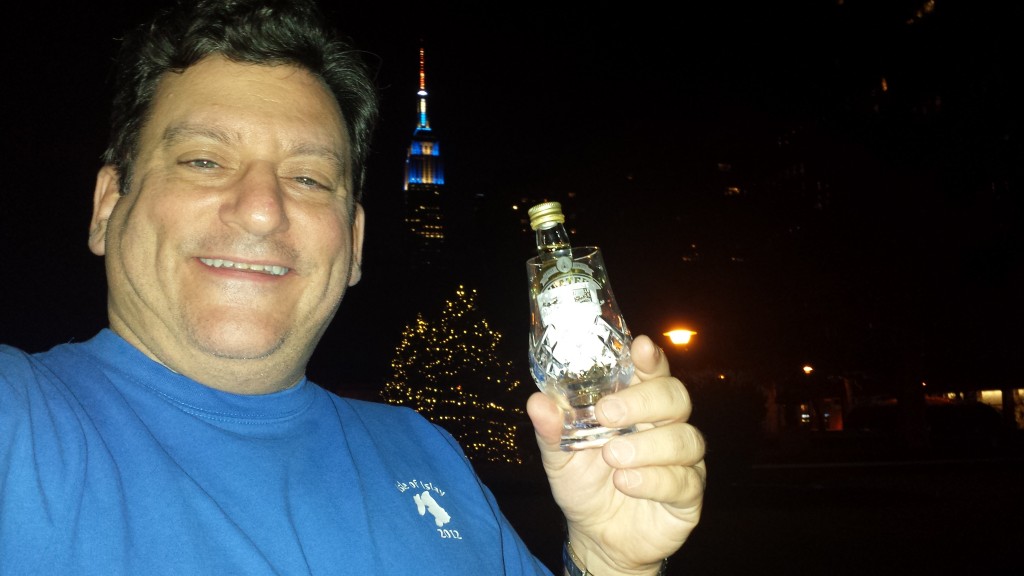 Man-o-Maneschewitz do I LOVE scotch whisky!  I do, I really do.  In case you couldn’t tell, I’m quite passionate about it.  But even things you have a passion for, you need to take a break from, right?  So, I decided to take a little break from Scotch whisky and go for some American whiskey.

Note: notice the addition of the “e” in American whiskey?  Ever wonder what that was all about?  Check out John Hansell’s, of Malt Advocate & WhiskyFest fame, explanation right here – it’s toward the center of the article which, overall, is a great read.

The good folks over at Master of Malt also have an explanation as to the differences between “Whisky” and “Whiskey” – this is a fine read.

Elijah Craig boasts their having the oldest single barrel bourbon in the whole world.  Well now!  That is saying something.  Come to find out, many bourbons don’t stay in a barrel for more than 10yrs and few at all are single barrel like this one.

Actually, here is exactly what the folks at Heaven Hill have to say about the Elijah Craig 18yr Single Barrel bourbon:

“Elijah Craig 18-Year-Old Single Barrel Bourbon is bottled solely from one barrel hand-selected by Master Distillers Parker and Craig Beam, not from the mingling of many barrels, which is the practice for standard and Small Batch Bourbons.

The brand carries the name of Rev. Elijah Craig, the man who discovered the method of making true Kentucky Bourbon when he stored his wares in barrels that had been charred in a fire.”

Alright, are you ready for the review?  I’m ready to taste.  Let’s do this.

On the nose — Off the bat – #2 lead pencil & pencil shavings (get ready for a test later folks!), oak and buttered popcorn, fresh corn and caramel covered apples. 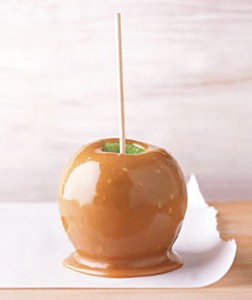 This is a no-holds-barred nose, in your face, great stuff!  Again, going back to bourbons, I am always a bit surprised (and not sure why I should be) as to how “in-your-face” everything is.  Nothing extremely subtle but yet, it all works. 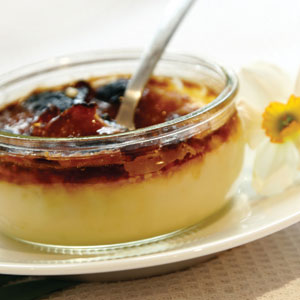 On the mouth — Like a bee, you sting me right on my tongue.  Creme brulee with extra burny parts, sweet and spicy (amazed as to how spicy it is being that it matured in a single cask for 18yrs!), chewy mouth feel,  caramel and vanilla ice cream – who needs desert, just drink this!

Finish — Lingering, like the perfect cuddle after “baby-makin'” sex.  This is a finely balanced whiskey and a well chosen barrel.  Thank you Mr. Beam!

In sum — When I went to Whisky Live this past April, I had the good fortune to meet Craig Beam – Master Distiller at Heaven Hill who owns the Elijah Craig whiskey line.  I had such a good time talking with him and his brand ambassador Rob H.  It was VERY apparent that Mr. Beam is proud of his whiskeys and I can see why.  This is quite a nice bourbon and at the price — an 18yr single barrel/cask whiskey… can you go wrong?  No, me thinks.