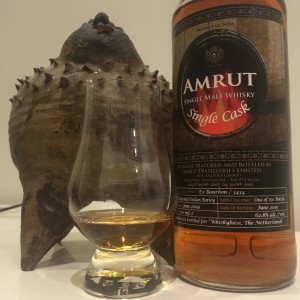 A handful of months back my company bottled a 5yo single cask of Amrut under our Single Cask Nation label (as of 4th Jan, 2016, we still have a handful bottles left, btw).

Around this time, a single cask of Amrut was bottled for the WhiskyBase shop out of the Netherlands.

Back in November 2015, Serge Valentin over at the wonderful whiskyfun.com reviewed 6 different Amruts. Both our bottling and the WhiskyBase bottling were amongst the reviews and we both captured the highest rating of 89 points!

As far as Serge’s reviews go, 89 points is pretty damn high. Not too often does Serge give a 90+ rating. We were chuffed and obviously the WhiskyBase chaps were, too.

If you’re new to whiskyfun.com, where have you been?! Go there now. Read, learn, have fun!

Anywho, just after Serge’s review, we and WhiskyBase chatted over the interwebs and agreed upon a bottle trade.

Review time — I hope they enjoyed the Single Cask Nation Amrut as much as I enjoyed theirs: 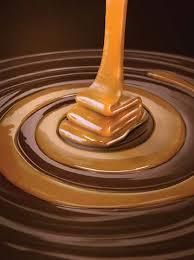 On the nose — Loads of caramel and toffee. Quite nutty, too.  Caramel covered almonds. Yum!  Moscato soaked apricots.

This is quite heavy (and dark, too. Much darker than you would think for a 5yo ex-bourbon cask).  Boatloads of vanilla, Kahlua, and dulce de leche. Holy heck, this smells wonderful.

Water brings out some brighter elements such as pear and quince.

In the mouth — Much hotter in the mouth than it is on the nose. This needs a touch of water.

Just five drops of water tames this whisky.  Cheap Oolong tea (but in a great, familiar, and comforting way), big spice on the sides of the tongue. Great oily mouthfeel. 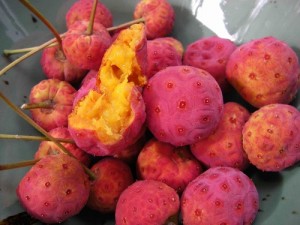 Hints of chicory and cornus kousa fruit (I have a cornus kousa dogwood in my front yard).  More vanilla and a fair amount of roasted almond pieces.

Finish — An interesting turn of events with notes of mandarins and golden raisin. Long and spicy, too.

In sum — This is up there with some of my favorite Amruts. This one seems to be an atypical example of Amrut but it’s damn good. I will be nursing this bottle for years to come.