Something totally unexpected in this Advent Calendar – a blend. But then again, you never supposed to know what to expect. Every day a surprise, right?

This blend is as inexpensive as $20/bottle (1L) at K&L and up to $40 in stores located elsewhere (I’m looking at you New Jersey). 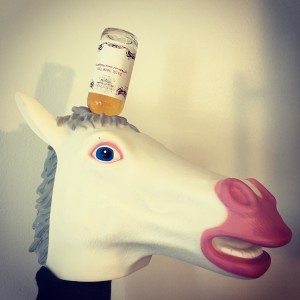 As you would expect in a blend, this is a mix of malt whiskies and grain whiskies.  However, this has 40% malt whisky and 60% grain whisky.  Normally the ratio is closer to 80/20 (grain to malt). So we should hope for a little more quality here.

I’m just going to jump right into this one.

On the nose — Very grain forward yet there’s a nice Apfelkuchen (apple cake) note that comes at you quickly.  A bit of uncooked biscuit dough, spiced cookie dough.

It’s a sweet bread blend, to be sure (not the disgusting sweet bread which is made from meats but actual sugary sweet breads). 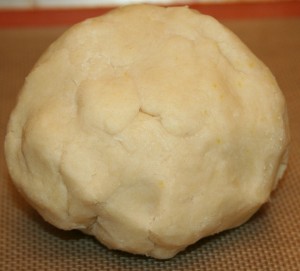 In the mouth — Much of the same in the mouth as it is on the nose but now with the addition of a hint of peat.

Mouthfeel is the same as you’d expect from Johnnie Walker Black. Some hints of spice and Szechuan chiles.

Finish — Shortish with lasting spice on the sides of the tongue.

In sum — Perfectly inoffensive and easy drinking but nothing you’d need to spend some you time with. The is to be poured when you’ve got a big group of people over and they want “a Scotch.”

Having one of the more difficult distillery names to pronounce, Craigellachie is a massive distillery located in the distillery-rich Speyside region of Scotland –  just a few miles from the Aberlour distillery.

This powerhouse produces 4.1 million litres of spirit per year (!!). After having toured the distillery this past May, I was surprised to see more references to the Dewars blend throughout the distillery as opposed to references to the actual distillery name itself. Then I reminded myself that the purpose of this production house was not for Single Malt (even though they just released some age statement whiskies – 13, 17, 19 & 23 years old). No, the purpose of Craigellachie is to provide malt whisky for your various Dewars products.

If you ever find yourself in Scotland, be sure to check out the Craigellachie distillery. Its massive production house factory-like feel acts as a great counterpoint to more classic style distilleries such as GlenDronach, Aberlour, Glenmorangie and many others.  After your visit to the distillery, head over to the Craigellachie Hotel for a dram or four. 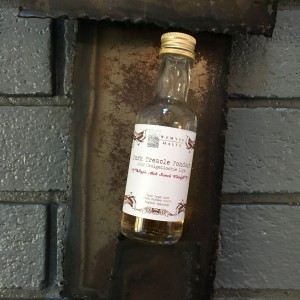 On Advent Calendar Day # 8, we’ve got another malt bottled by Weymss Malts. And wouldn’t you know it? It’s a Craigellachie.

This one is titled “Dark Treacle Fondant.” Have a think on that name while we pour the whisky into our glasses.

One the nose — Oh, that name is so suggestive. It smells of cake fondant!  There’s even this waxy-like texture in the nose and the scents start off with dark chocolate and toasted brazil nuts. 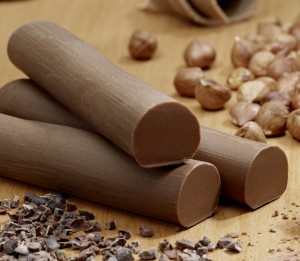 I am then hit by the smell of sweet barbecue sauce on the grill on the day you re-open your outside cooking apparatus.  Hints of licorice and hazelnut nougut rubbed with confectioners sugar.

In the mouth — Highly decedent stuff. While the mouthfeel is not super thick, the flavors sure are. 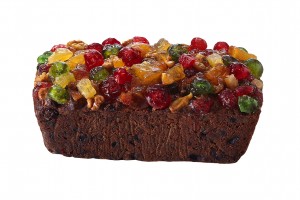 A little spice at the back of the throat: tell-tale sign of sherry butt matured whisky.

Finish — Really just a fading version o the favors I go on the palate.

In sum — If you like your sherried whiskies, the one would be right up your alley. It ticks all the boxes. The more I drink Craigellachie, the more I like it. 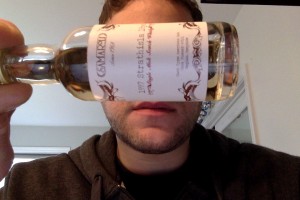 Advent Calendar day # 7 brings us another Samaroli. You may recall the Samaroli blended malt we tasted in day 3. Cracking stuff (though a bit soft at 43% ABV).

Strathisla is a very classic Speyside whisky owned by Chivas Bros/Pernod Ricard. The regular bottlings of Strathisla are known to be dense and rich (with some good sherry cask maturation) but most of the juice goes into various Chivas blends.

Today’s dram is a Strathisla that spent 18 years in an American Oak bourbon barrel.  The color is incredibly light which tells me that this is a refill cask (3rd or 4th use, my guess).  The richness of the European Oak sherry cask will likely not be in here but let’s not assume (we all know what happens when we assume). 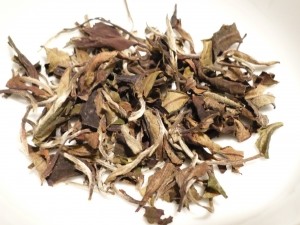 On the nose — Light, delicate, floral… think white tea (Bai Mu Dan).  Some hints of sugary Smarties (the US version, not the UK version).

Candied lemon rind, focusing more on the candy and less on the lemon. Clean dry cardboard in the background.

In the mouth — Here’s where it ramps up a bit. Soft peat at the fore with an allspice backbone.

Fennel seeds and shaved fennel.  A touch sour in the mid palate and hints of fresh malted barley. 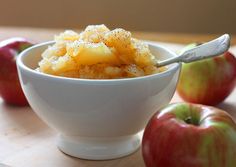 Luxurious mouthfeel here.  Apple sauce with cinnamon and cayenne bring us to the finish.

In sum — When longing for a Strathisla, I would not reach for this. When looking for a cracking dram that’s solid through and through regardless of origin, this one fits the bill.  This is like a complicated puzzle that, when assembled the way it is, presents a wonderful picture.  Great stuff people!

While this is my very first Advent Calendar countdown I know that the tradition of following an Advent Calendar goes back quite some time.  And year after year young boys and girls around the world would get their little chocolate Advent Calendars, and get a new sweet each day until Christmas.  Fun!

This year, however, I think , may be different for nearly everyone between the ages of 5 and 75.  I think many (myself FIRMLY included) fall into this camp: 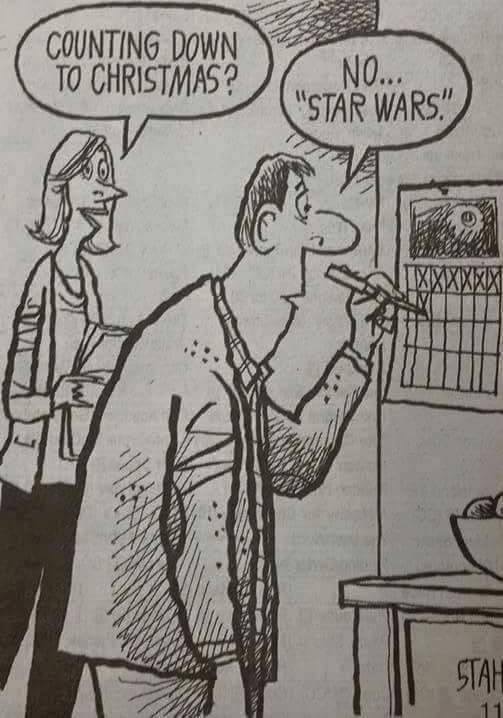 Doing all I can to NOT think about the upcoming Star Wars film, I will get “into the spirit.” Not the Christmas spirit (that wouldn’t be very Jewish of me now would it?), rather, I will get into the WHISKY spirit!

Today is another interesting one from The Malt Whisky Company.  This is not a single cask but a cask strength (60.9% ABV) NAS release of Tullibardine matured in bourbon casks.

On the nose — A bit quiet at first but if you give it a minute you’ll be rewarded with quite present notes of an apple orchard on a warm late September afternoon.  Crisp apples and groundlings swell the air with sweetness. 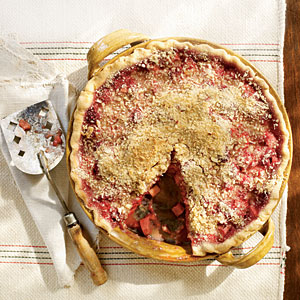 Toffee, and honey, and cooked rhubarb all in buttery pie crust.

Some of the more bourbon-y characteristics come to the fore now: pencil shavings, coconut flesh, and is that a hint of mint my nose doth detect a glint?

In a set of words that is complete in itself (also known as a sentence): While the whisky starts off with a very bright pop of apple sweet-tartness, there is a growth of pepper that moves from the tip of the tongue to the back of the palate.  However, this is whisky is in no way hot. (yay!) 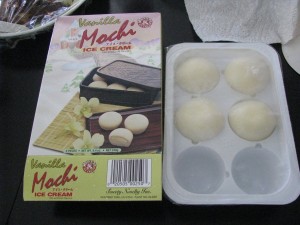 The notes in the mid palate are much heavier when you focus on them: warmed honey with a hint of sea salt, white chocolate, Celery salt and shredded celery root, and Vanilla mocha. Also revealed is a note of yellow cake with white frosting.

The mouth feel is slightly oily with a touch of an effervescent feel on the tongue which is quite nice.

Finish — The pepper that grew to the back of the palate sticks around, yet the  flavors are medium in length.

In sum — I will not lie here, this whisky seems a bit all over the place. However, I am an adventurous person and found it’s scatteredbrainedness to be quite fun.

I could find myself with a bunch of friends finishing a bottle of this in a couple of days and having a really good weekend doing it! 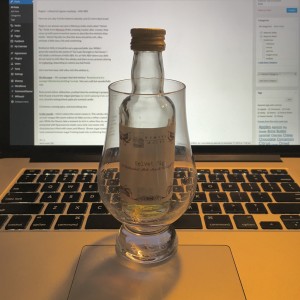 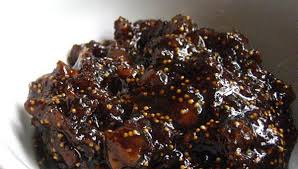