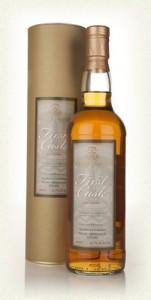 Highland region – 59.1% ABV – £90 – Distillery only bottling (though available through the distillery’s online store until it’s sold out) – 650 bottles.

Who does this?  Who reopens a distillery, gets it’s up and running (a long & difficult process), fills the first cask, and then instead of holding that cask for years and years to make major beau coup bucks/quid say… 18-30 years from now, he releases the whisky only three years into maturation.

Stuart Nickerson does, that’s who.

And while, truth be told, I initially thought the idea was a crazy one… I think the move did a really great job of saying “Thank You!” to all of us who have been supporting the distillery and waiting with baited breath for it to release its first whisky in about twenty-five years.

While the move to release the First Cask might have been a maverick one I would submit, too, that the make up of the cask is also a maverick move.  The “First Cask” is not just whisky that’s stayed in that single cask for 3 years to then be bottled.  No.  Instead, Mr. Nickerson concocted an interesting maturation recipe to help give this whisky its unusual flavor profile.  Here is the description straight from the distillery itself:

“The very first cask, a refill butt, that was filled on that “first cask filling day in 2008” was emptied and refilled into 2 smaller casks on the 16th December 2010. These smaller casks were a first fill ex-Pedro Ximenez (PX) sherry hogshead and a first-fill ex-Palo Cortado sherry hogshead. On the 16th September 2011 the whiskies were returned from these two casks into the original butt and are now marrying  for a period of exactly three months.”

That’s quite a journey in such a short period of time for this first distillate to be matured!  What it has done to the whisky is even more interesting… 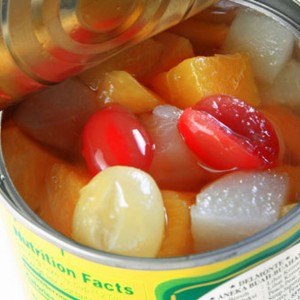 On the nose –  Massive, massive waves of fruit and mostly of the tinned variety with a fairly clear focus on the halved cherries and the heavy syrup those fruits swim about in.

What seems to be evident is the natural fruitiness of the Glenglassaugh spirit is being amplified with the unusual choice of casks and maturation.

Yeah… all of the scents are, for lack of a better term, “chunked up” (and made moreish), I think, by the casking journey of the whisky.

On the mouth –  Vanilla cream soda and orange drink powder.

Slightly oily yet quick to an effervescence and then over to a drying quality with ever increasing spice and powerful sweetness.

Tobacco floats over the tongue as do young mangoes.

In sum – So. Very. Drinkable.  Restraint is needed; it’s right up my alley.

Yes, this is young stuff but it’s got a depth beyond its 3 years.  So nice to see that the spirit quality shines through yet the wood influence (three different types of sherry influence) is so strong that it makes you think this is an older dram than what’s in your glass.  If you have a bottle or can get a bottle (they will ship to the USA, btw)… drink the stuff.  Yes, it’s the first cask from the new ownership but it was shared for a reason – to enjoy; not to lie dormant.

Other thoughts on the First Cask from Glenglassaugh:

Iain over at Dramperday.com seems to have enjoyed it.

Jason at guidscotchdrink.com clearly finds the stuff as drinkable as I do.

3 thoughts on “Sharing is caring – Glenglassaugh’s “The First Cask””