Rum has always been a go-to for me during Passover.  That or Tequila.  As much as I like those spirits I end up missed malt whisky for a solid 8 days of Passover.  During Passover observant Jews are not permitted to eat or drink anything that has been made with barley/wheat/rye, etc… Nothing grain based.

While enjoyable, the above mentioned spirits are simply not whisky and there is no spot-on alternative.  I think, however, I may have just found a spirit that is the next best thing for drinking during Passover.

Note: this is not a kosher for Passover certified spirit but it’s made from Baking Grade Molasses, Evaporated Sugar Cane Juice and Water.  Zero grain so, it’s good for me!

On the nose — It all starts off with a sweet and damp pack of Winston cigarettes and burning medjool dates which has been tightly wrapped with a a few hundred horse mane hairs.  Does that make sense to you?  After a few sips of 68% ABV rum, it just may!

A New England brush fire on a late October day.  Heavy brown sugar with the scent of some of the nicest brown bread with rum raisins.  Molasses (of course) and a touch anise.  At 68%, it’s so easy to nose though it’s a tad dense yet, in a good way.

A couple more notes before I move to the palate portion of the tasting – toasted oak covered in apple sauce with heavy brown sugar and a touch of cinnamon.

On the mouth —  Pow! Blam! Bash! and a host of other 60’s Batman TV show fight scene words… This punches your tongue and wakes you up. 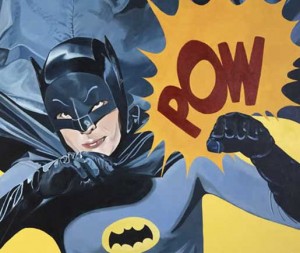 You’d think this were a sherried malt.  While not very oily there are loads of notes that include (though not limited to) figgy pudding, cola cubes, date pits, cherry skins and cigar wrapper (dark).

Finish — Medium in length with some light brown sugar and more of that wintergreen.

In sum – I’ve had my fair share of rums, most of which were 40-46% ABV.  I’ve had a decent amount of over-poof ones, too.  I’m fairly confident in saying that this is the best over-proof/cask strength rum I’ve had to date.  I could add water to this and I’m sure it’d be a bit of a water rat.  However, it’s so damn good at full cask strength so I’m going to remain a purist.

Well worth your time and attention, people!  Find a bottle.  Find it and love it.

Special thanks to BD for the ample review sample!!