“We constantly see great demand for our whiskies from many non-US markets,” said Jason Johnstone-Yellin, the company’s COO, “and as a result, we are keen to break into these markets while mirroring how we currently operate in the US.”

Jewish Whisky Company offers two separate outlets for Single Cask Nation sales: online, referred to internally and amongst their membership as ‘Special Projects Division,’ and retail. Single Cask Nation retail bottlings are currently available in the following US states: CA, CT, IL, LA, MA, NJ, NY, RI, WI, and IN with additional states being added as part of a national rollout in 2019.

“We’re proud of the fact that we bottled 28 casks in 2018 across both online and retail platforms,” said Joshua Hatton, the company’s CEO, “but we have every intention of tripling that number in 2019.”

With grand plans in place for 2019 and beyond the company has decided to mothball their globally regarded Whisky Jewbilee whisky festival to allow the needed time and focus to successfully realize their 2019 Single Cask Nation aspirations.

Whisky Jewbilee was built as a whisky geek’s whisky festival and, in the minds of Hatton and Johnstone-Yellin, must continue to evolve and innovate, challenging those very same whisky geeks who helped reinforce the reputation of the events across the United States. With an aggressive expansion plan in place for Single Cask Nation in 2019 there is no longer adequate time or focus to keep the Whisky Jewbilee held in high regard. Accordingly, the decision has been made to mothball the Whisky Jewbilee while tickets remain in high demand. All thirteen events have sold out and online publications like the Spirits Business and ScotchWhisky.com have named Whisky Jewbilee among the world’s top whisky festivals.

“We never want to phone-in any Jewbilee event,” said Hatton, ”The support Whisky Jewbilee has received in New York City since its inception in 2012, combined with the support it has garnered since it first started moving west to include Chicago in 2015 and Seattle in 2016, has been unbelievable and very much appreciated. Whisky Jewbilee attendees have a reputation unsurpassed on the whisky festival circuit. We’ll miss seeing so many familiar faces at future Jewbilee events but we’ll still visit these wonderful markets to share new Single Cask Nation releases.”

While both Hatton and Johnstone-Yellin lament the need to mothball Whisky Jewbilee, Johnstone-Yellin said “when we launched our company in 2011 it was with the intention of being an independent bottler first. While operating a whisky festival has been fun it’s time to refocus on our number one priority and, as such, mothballing the event is necessary to ensure that our UK, European, and Canadian expansion starting in 2019 is as successful as we can make it.”

Established in 2011 , Jewish Whisky Company is the first and only US-based independent bottler of scotch, bourbon, rye, rum, and other world spirits. Owned and operated by Joshua Hatton and Jason Johnstone-Yellin, the company is home to Single Cask Nation, Whisky Jewbilee, WhiskyGeek Tours, and One Nation Under Whisky podcast. For more information, visit www.jewishwhiskycompany.com or contact Joshua & Jason at INFO at JEWISHWHISKYCOMPANY dot COM. 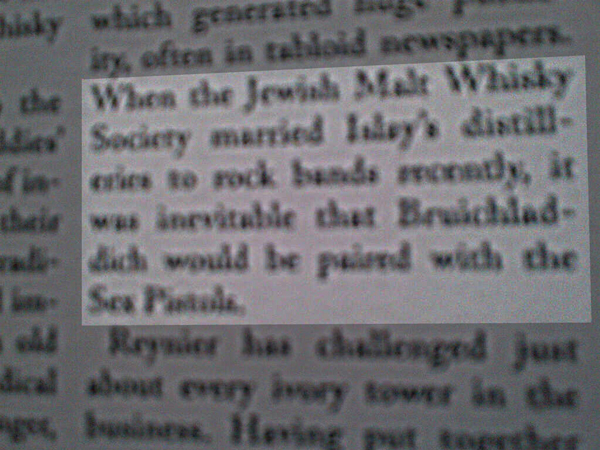 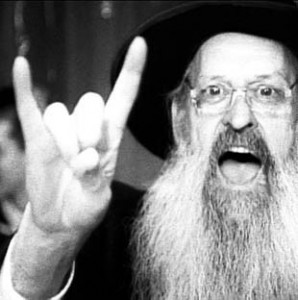 Last week I started my eight part series where I would try and explain Islay Distilleries and their whiskies, specifically to people that are new to whisky, by way of Rock and Roll.  In that post I compared Bruichladdich to the Sex Pistols – true punk rockers of the Scotch whisky world!

Most people seemed to agree (about 95% of all that gave feedback) with my analysis though I did get a suggestion that The Ramones were more fitting or perhaps The Clash.  Whether  the band choice was agreed upon or not, everyone seemed to agree that Punk Rock was the correct Genre.  Huzzah!

Now we move onto comparison number two.  As with my Bruichladdich post from last week, first the whisky review then the Rock Band comparison.

On the nose –  Strong nose with a fair amount of smoke and soot (more so than I expected, what with this being 25 years old; I expected something a touch rounder or, shall I say, softer).

A good deal of green apples (who came up with the name “Granny Smith”?) and spicy thai red curry sauce. 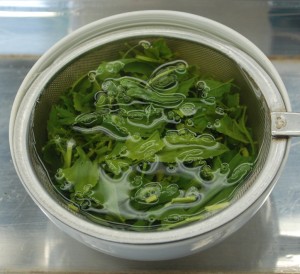 This nose is all over the place and has an unorganized feel rather than one that gives you a sense of evolution.

On the mouth – Now the roundness kicks in!  Soft, creamy, viscous & soothing but smoke starts to kick in after a few seconds.

Then more peat smoke – warming, growing and growing leading up to the finish…

Finish – Mint and menthol, salt and lemons.  Looooong and zesty and slightly numbing after a while.

In sum – This was a odd one, for sure!  The nose seemed to be all over the place, hard to follow yet not unpleasant in anyway.  However, upon tasting the whisky it all comes together, gets buttoned up and starts to make sense.

A lovely, odd, old Islay that’s very different from the Ardbeg style of today.  It’s not my favorite Ardbeg but a nice one none the less. 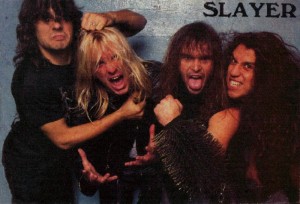 Ardbeg – The Band! — Perhaps the most CULT Islay single malt, Ardbeg has a truly devout following.

I’ve heard stories from the very recent past about people waiting in the rain for 30 hours during the Islay Feis Ile festival just to pay £300 (or so) for the distillery only, Feis Ile festival bottling.  If I had the time and money, I suppose I’d do the same…

Ardbeg tattoos are common place among devotees.  There’s also a well know website by Malt Maniac Tim Puett called the Ardbeg Project that deals with even the most minute of details about Ardbeg… all the way down to various bottle codes.  Talk about devotion!!

Given the above, my initial reaction is that Ardbeg is most like The Grateful Dead.  However, I personally can’t stand The Grateful Dead (sorry people) and their successors, Phish, turn my stomach even more.

Let’s compare it to their house style of whisky… Bright, brash, in your face, lively and invigorating.  Peaty without being a smoke bomb.  Clean and very confident.

So, big cult following +  an attention demanding, big ‘ol elephant in the room style…  You, my dear Ardbeg are Slayer (minus all of the death and devil stuff)! 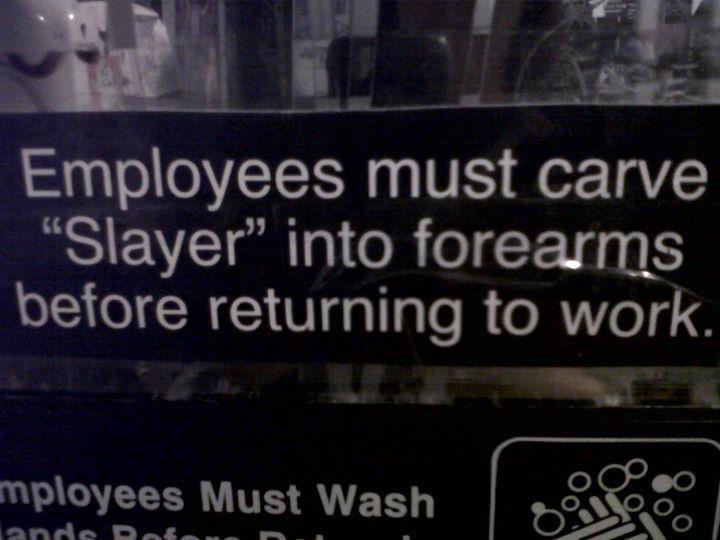 …or perhaps it should read: 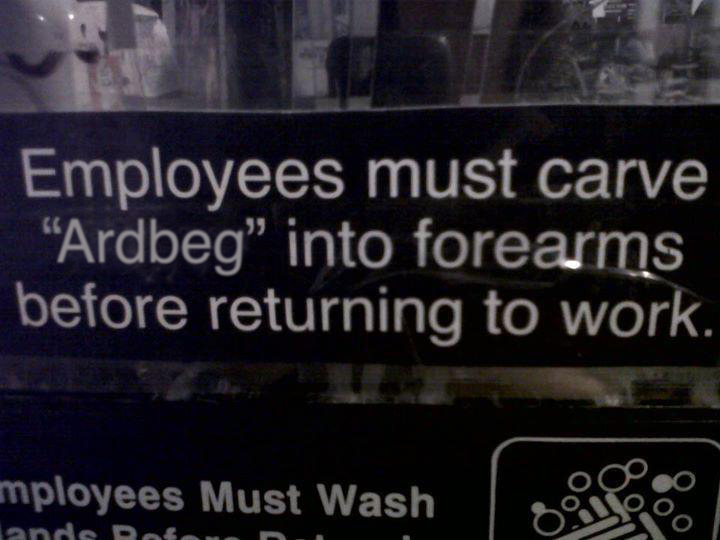 ..perhaps this comparison is more fo Ardbeg’s fans (myself being one of them) rather than Ardbeg itself….  Hmmm… you decide.

(Feel free, but not obligated, to nominate this blog (jewishsinglemaltwhiskysociety.com) as the top whisky related website — category # 8 — Cheers!!)

It’s with great excitement that ForWhiskeyLovers announces the Call For Nominations for the 2012 Drammie Awards.

The 2012 competition commences with a nominating process where WhiskeyLovers can submit their own nomination(s) for any number of 15 total award categories.

The fifteen nominating categories are:

Nominations will be accepted for three weeks, or until midnight on Friday, March 30th 2012.  You can enter your nominations here.

After nominations are closed, ForWhiskeyLovers will post the top five (5) nominations (those receiving the  most nominating votes) for each category on ForWhiskeyLovers.com, and voting will commence to select the category winners.  Voting will be conducted for another two weeks, until Friday April 13th 2012.

The 2012 Drammie Award Winners will be announced on Monday April 16th.